Not much to write about, just that being in the South Pacific can be magical.  I seldom shoot photos at night, it was a wonderful day at the Intercontinental Thalasso for a wedding photoshoot, a party of eight which is very unusual here but nonetheless so much enjoyable!

Finishing late, Pizza was appealing and finished with a late night drink at one of my favorite place; the Maikai Marina where I took this shot! 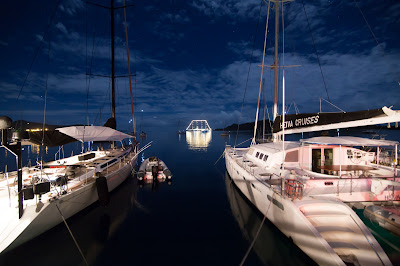 Not having a tripod, I used the handrail to help me be study at a low speed to realize the shot.

Just a beautiful evening in Bora Bora!
Posted by Bora Bora Photographer at 1:41 AM No comments: 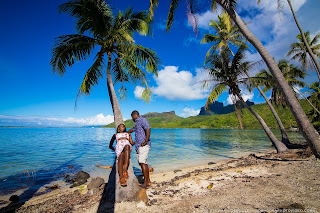 While most of my work is photographing weddings and couples on honeymoon while they are staying at one of the resorts here in Bora Bora.  This photo tour was different and also a lot of fun!  Heather and James had rented a house on the main Island and wanted some photos around Bora.

We met at their place, discussed a few ideas as well as what type of photos they would like to obtain and we then decided to drive around and stop when we thought there would be a good spot to take photos!

We left the condominium area and started our tour clockwise (there is only one road in Bora Bora), found a spot not far and snapped a few photos there.  Our next stop was near the base of the Four Season, we decided to hike and see two of the WWII Canons that are still on the hills of Bora.

The hike was not so difficult comparing to the other spots where the other canons are located; it took us about 20 mins and the view was well worth it! 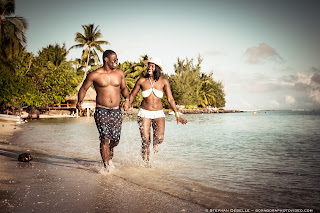 Our next stop was Matira beach where we waited a bit to have the chance to take sunset photos.  Running in the water, jumping and a few romantic poses ended our tour for the day! 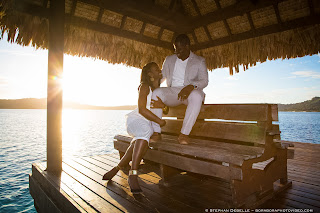 Heather had wanted to take some photos while wearing more formal/casual clothing; As I was supposed to take photos for the Bloody Mary's the next day, I asked them to meet me there towards the end of the afternoon and that I would take a few photos on the pontoon.

Feel free to take a peek at some of the photos, if you are ever interested in such a photo safari; do not hesitate to contact me! 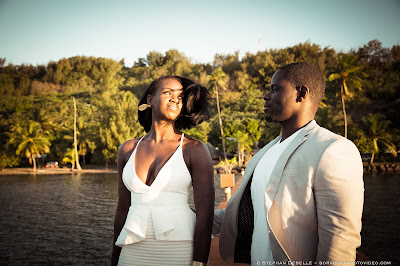 It was really great to have met Heather and James! 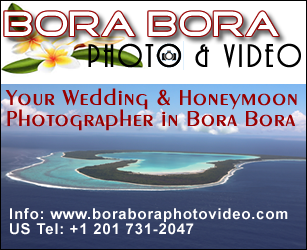